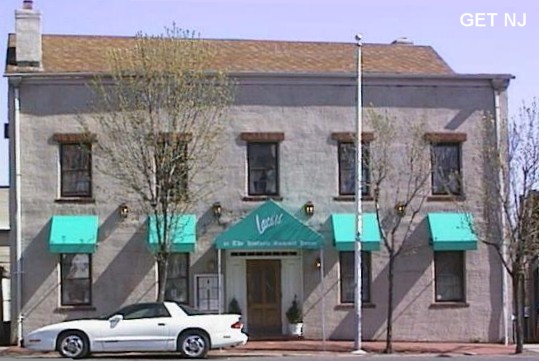 Built around 1690 of timber and ruddy sandstone blocks, at the top of the Pennsylvania Railroad cut, the Newkirk House is the oldest surviving structure in Jersey City. One might argue whether this truly is the oldest building or if that title instead goes to the Van Vorst Farmhouse that dates from 1740. The Van Vorst Farmhouse is relatively unchanged from before the American Revolution. Over the last 300 years, the Newkirk House has seen a series of additions, modifications, and renovations, particularly the alteration of the facade and the installation of side windows in 1928.

From the era of the Bergen, the Newkirk House and the Apple Tree House are the only buildings that remain in Jersey City. The Sip Manor still exists, but, after relocation, now stands in Westfield, New Jersey. The outline of the original Bergen settlement may be seen in the shape of Bergen Square.

Until 1889 the possesion of the Newkirk family (who were among the original Dutch settlers), the building was home to a tailor shop, a lingerie store, a bar (the notorious Blue Point), and restaurants.

Hudson County, New Jersey is a place of many firsts - including genocide and slavery.
Political corruption is a tradition here.
First in a series by Anthony Olszewski – Click HERE to find out more.